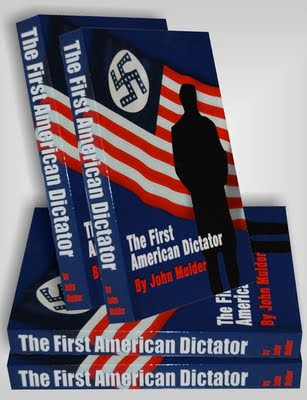 My neighbor, and close friend of my husband, John Mulder has just published "The First American Dictator " his first novel. The book is available in quality paperback, and for the Kindle, online through Amazon. (EPUB is in the planning stages).

Take a look at the promotional video on YouTube by Lisa Scott.

The book is look at what is possible when a dedicated man of wealth, has a vision of his role in the future of this country, and sets out to grab it. No matter what your politics, you will find the book entertaining and thought provoking. The book is rich in dialog and leads the reader through the decade leading up to his election. This is a completely fictional story beginning in 2010 and ends in 2021. A twist in style places the epilogue at the beginning of the book. The last paragraph of the epilogue reads:

"Although he achieved the power to fully control the United States, and return it to its rightful position as the world’s leader, had he gone too far? Was it really necessary to sacrifice the Constitution to accomplish that goal. Would we ever return to democracy we once were. It had all begun so long ago!"

John started the book six years ago with an outline of the general storyline and preceded slowly. He worked by hand writing the story on large yellow tablets. His daughter-in-law Teresa Kochel took pity on John and transcribed the start of the story to a digital format.

Early in 2007 John and my husband Gordon got together on the project. With a copy of Dragon NaturallySpeaking, John continued to proceed on the story development. It was Gordon's job to edit and in general take care of all the technical stuff (naturally).

A little over a year later the guys had completed their work and came to me with a request for the cover's graphical design. After a final edit by Diane Lidyard, the book is now in print. Get your copy now at Amazon.

Wow! I didn't know John and Gorden were writers... I guess that is why their golf handicaps are so high with no time to practice... (although, I did lose money to them)

I always enjoyed John's conversations. I must buy the book and see how the "Woodhavenites" think...

Desertnut
I enjoy outdoors and nature. Some of my interests are hiking, photography and new technology. I also like taking digital photos of food so I can enjoy every byte. I've been a video blogger here since 2005. 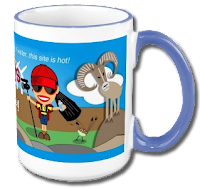 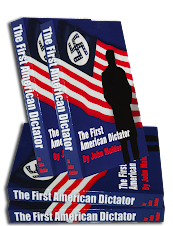 What I'm listening to:

All My Video Sites 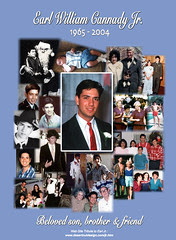